April 06, 2015
Today I visited Ashdown Forest which is home to a variety of habitats such heathland, moorland and woodland which attracts lots of wildlife such as deer, dartford warbler and Skylark. Ashdown forest lies between Crowborough, Forest Row and Maresfield and rises to an altitude of 732 feet (223 metres) above sea level which provides brilliant views of the North Downs and South Downs.

I arrived at around 11:00 and was surprised at how hot it was as well as beautiful blue skys. The views were amazing and I realised how high up we were. 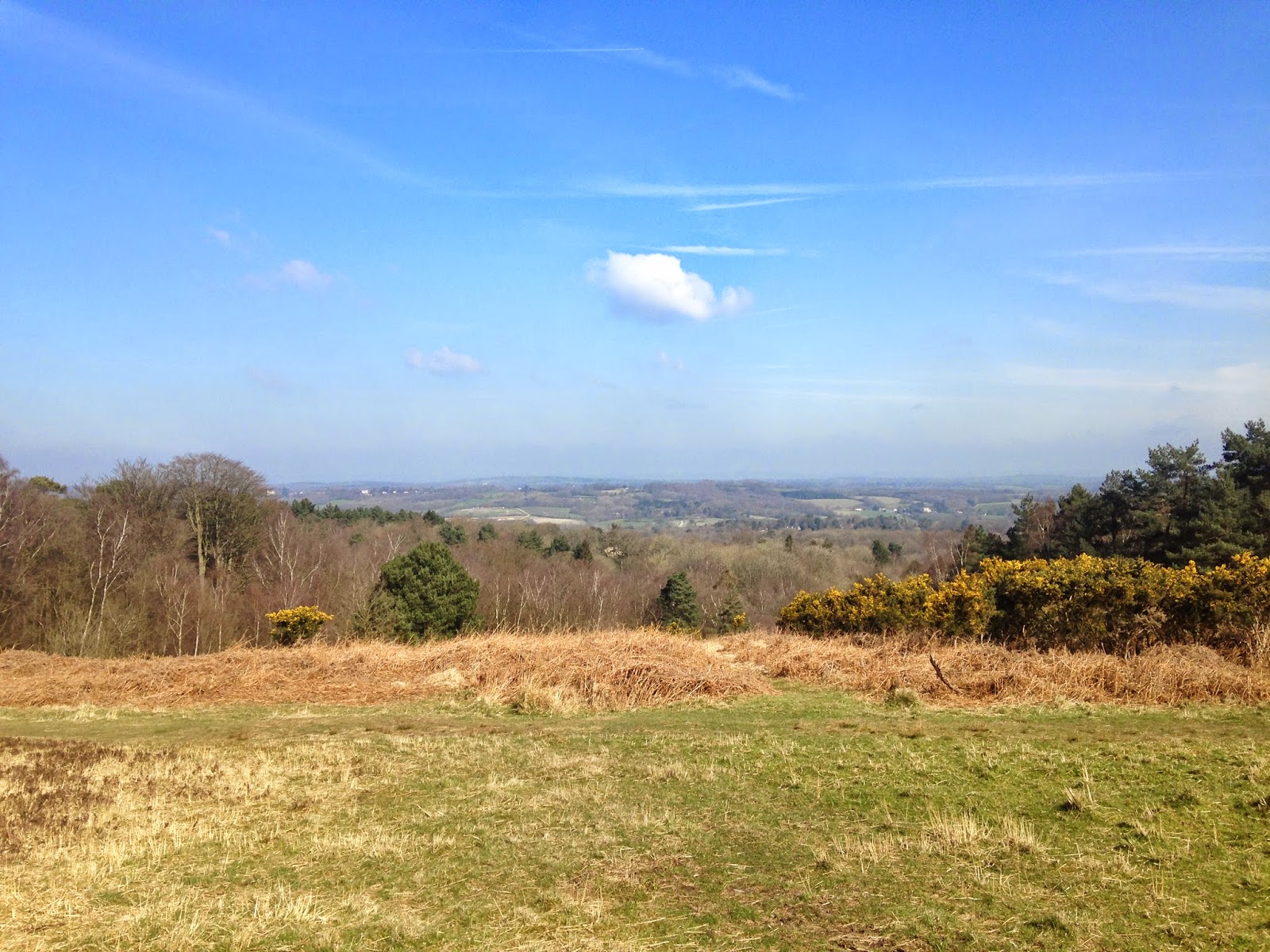 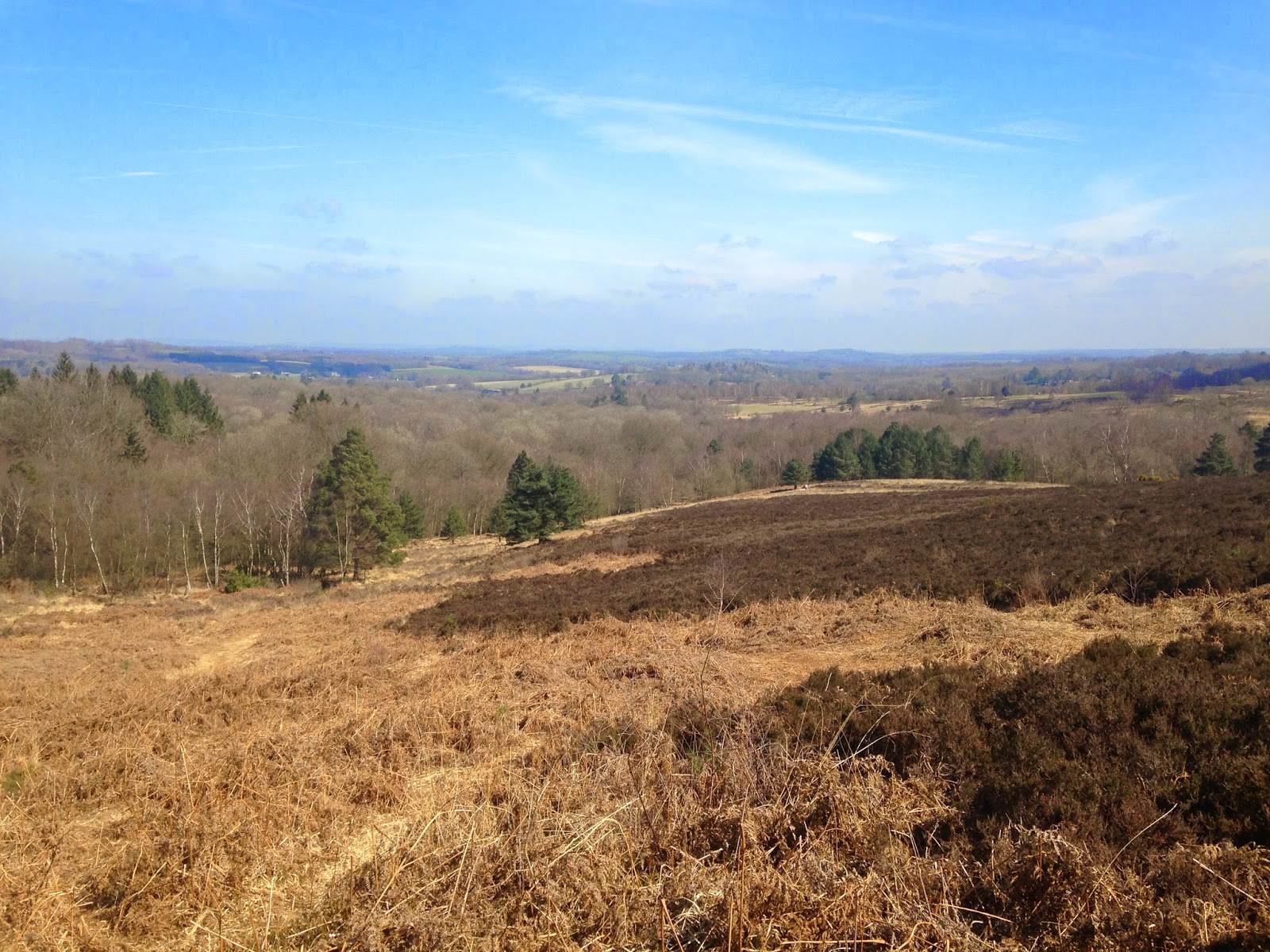 Heading down to woodland the bird song was amazing. The first birds I saw were 3 Dunnocks on the ground then a bird flitting around in the trees caught my eye. It was a Goldcrest.

Then a few minutes later a Blackcap appeared in the trees with its striking cap showing well in the sun. The usual Great and Blue Tit were also around. As I walked towards the heathland a Stonechat flew into the sky and then perched on a twig.

I also kept seeing a Kestrel that was hovering and then diving but unfortunately it did not catch anything. On the way back a group of birds caught my attention in a tree. I couldn't work out what they were but thanks to the people on twitter I found out that they were Linnets. 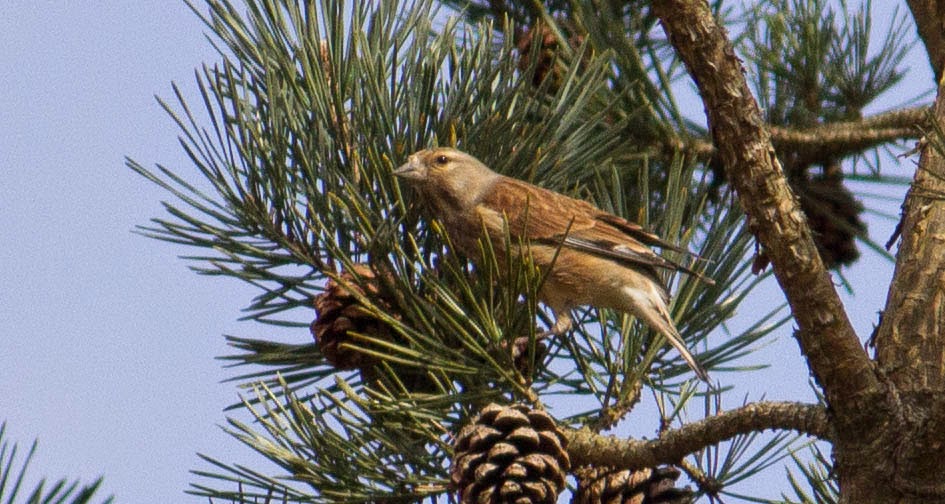