May 30, 2018
Last weekend (25th-27th May) was BTO Bird Camp, sponsored by the Cameron Bespolka Trust, based at the Nunnery in Thetford, Norfolk.

After having my final English literature exam and doing some last minute packing I was very grateful to be able to get a lift to the BTO headquarters with James (@My_Wild_Life). After 4 hours of travelling, due to the traffic, we finally arrived. The majority of people were already there, so it was great to be able to meet everyone I knew and had talked to over social media. After having dinner outside we headed into the nunnery, had an introduction about the weekend and learnt a bit about the Cameron Bespolka Trust. We were then put into small groups and were given cards of birds that needed to be matched up with their names. Also they had to be separated into species where the males and females had different or the same plumage. Our group did pretty well!

Next, we were given envelopes that contained pieces of paper which had written on them: career choices, skills we had or were developing and steps 1-5. I could think of 3 careers, professional wildlife photographer, wildlife tv presenter and ornithologist. It was interesting to see that most of my group had written very similar jobs. Secondly, we had to write what skills we had or were working on, mine were bird ringing, social media, blogging, leadership and learning french. Lastly, we needed to think of the steps we needed to take to reach our dream jobs, mine included studying biology and then ornithology.

The talk given by Faye Vogely, who works at the BTO, about her career was very insightful as it showed us that we will experience difficulties when trying to get experience/jobs but that something will always turn up. It was then time for bed and I ended up getting no sleep at all!

On Saturday we had to be up at 6:45 to leave for RSPB Lakenheath Fen at 7:45. Firstly we had a look in the moth trap that had been left out, here's a couple we caught:


Despite the predicted sunny weather it was raining and I started to wish that I had taken a coat. We then entered the visitor centre and were given a talk about bird ringing at the reserve, which I found particularly interesting being a trainee ringer myself. After walking out onto the reserve the first bird we heard was the explosive call of the cetti's warbler, followed by a brief view of a reed warbler, and then a fly-by of three cuckoo. In the distance there also was a hobby catching insects whilst in flight. Next all of us looked over the reeds and water at a viewpoint. We spotted reed bunting, grey heron, gadwall and mute swan. 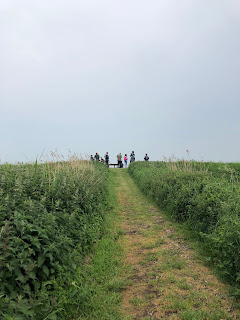 Everyone was then split into three groups and mine was led by the very knowledgeable David Walsh (@DavidWalsh22) who I had met previously at birdcamp 2 years ago. We focused on listening for calls at first, identifying reed warbler, garden warbler and blackcap to name a few. Another birder then kindly told us that a bittern was giving great views at the hide so we decided to have a look. Sure enough, after no time at all, it appeared among the reeds. It was great to be able to see such an amazing-looking bird up close.


The other group then joined us in the hide and we left, walking towards a shelter that looked over the reedbeds. 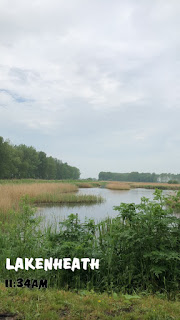 On the water was tufted duck, great crested grebe with a chick and a coot also with chicks. We then heard the distinctive 'ping' call of the bearded tit and I managed to see a glimpse of a male flitting across the reeds.

After having lunch and a talk on the management and a bit of background about the reserve we got back into the minibus and travelled to Grimes graves. Whilst walking along the track, through the forest, we could hear a firecrest but unfortunately it didn't show. Later on we spotted yellowhammer, tree pipit and kestrel. 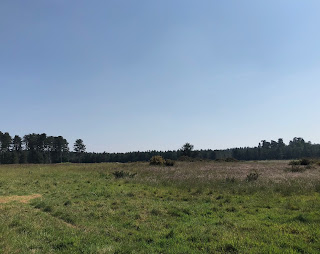 We then headed back to the Nunnery for some dinner. Unfortunately I didn't feel too good so I stayed at camp whilst everyone went out to see nightjars. However I had seen one previously in the hand at birdcamp 2016 so I didn't feel too bad about not seeing them! Here's a couple of photos of the nightjar in the hand that the others saw:

After having a rest and a good night sleep (despite being awoken at 1 by a barking muntjac deer) I felt better by the morning. For the morning we drove down to the Nunnery Lakes and our group took part in ringing first. Justin Walker (@arcanelove) told us about the ringing at the reserve and I was able to ring a chiffchaff, reed warbler and process a wren.

Next we took part in some nest recording led by Lee Barber (@lee00barber). After getting a stick each to gently tap the bushes with, we set out onto the reserve and started looking. Luke (@luke19anderson) managed to quickly find a song thrush nest. Surprisingly I managed to find 2 nests that were in trees but unfortunately one was old and the other had nothing in it! After some more looking Toby (@TobyWarbler) found a yellowhammers nest which was interesting to see.

Lastly for the final activity, the common bird census, we split into pairs. Luke and I went off to a bit of the reserve and recorded all the birds we heard on the map we had, using special codes and symbols. It was quite a challenge, but it was a good test for my knowledge of bird calls! We then walked down the road, after Nick had heard about a stone curlew that was showing well, and we managed to see it relatively close up which was nice.

Our group then walked back to the Nunnery, it was nice to be able to see lots of banded demoiselle flying over the river. 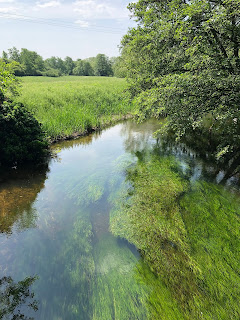 After walking back we took part in the final activity of the camp, nocturnal migration that had been recorded the night before. Using a laptop, our group listened to the recordings, picking out oystercatcher, stone curlew and of course blackbird and robin. Finally it was time to reflect on the weekend, looking at some photos that had been taken and then sadly saying goodbye to everyone! Overall I had a brilliant time, saw some great wildlife and met lots of like-minded young people.

I would just like to say a big thank you to Nick Moran for organising it, all the BTO staff, the Cameron Bespolka Trust (www.cameronbespolka.com) for making it happen, Toby Carter and Ben Moyes for helping out and the other inspirational, enthusiastic young people that made it so enjoyable! 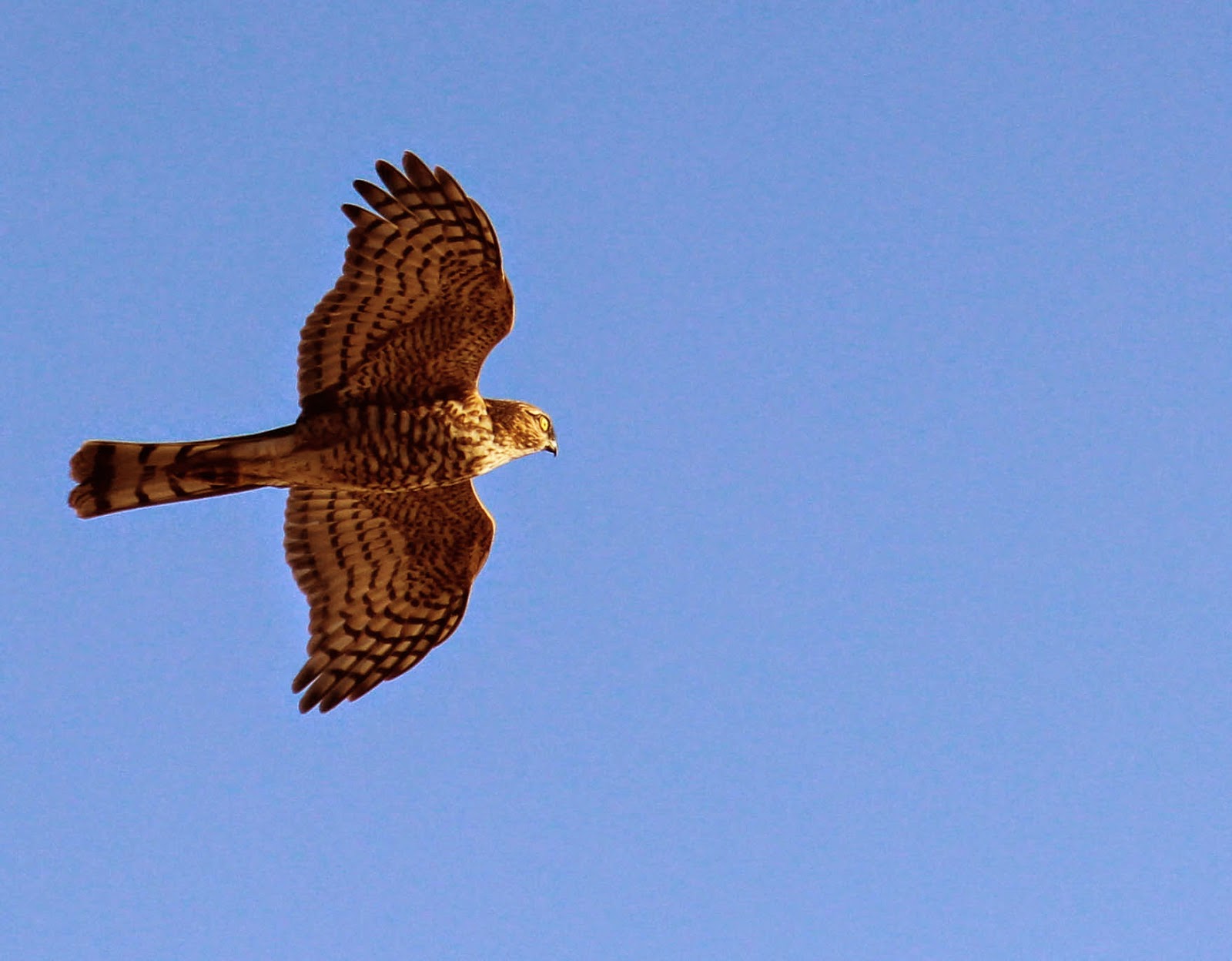 Today I went to Warnham Nature Reserve in Horsham. My list of birds I saw there are: 10 Chaffinch, 3 Coal Tit, 2 Coot, 2 Cormorant, 10 Goldfinch, 2 Great Crested Grebe, a Great Spotted Woodpecker, 3 Grey Heron, 2 Nuthatch and Tufted Duck. I also saw a Sparrowhawk being chased by a crow which was quite of a surprise.