June 29, 2017
Its halfway through an even busier week for me, full of revision and end of year exams, but I have managed to squeeze in #30dayswild everyday! On Sunday I visited Old Lodge Nature Reserve in Ashdown Forest. 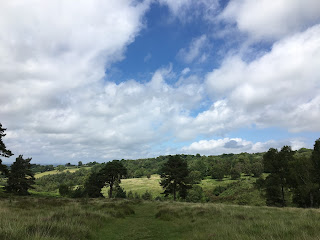 Entering the reserve, we spotted the group of ponies that are allowed to roam across it, surprisingly it was actually the first time we had seen them! Also in amongst the heather was lots of spider webs, some of them holding lots of tiny, young spiders. 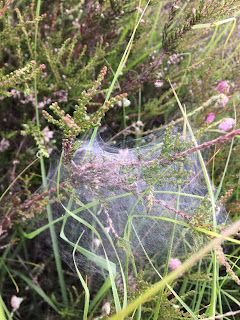 It was quite quiet in the way of birds until we reached around half-way around the reserve where a tree pipit called at the top of its voice whilst perched precariously on the very top of a tree. Then I spotted an unusual-looking bird flitting from tree to tree and catching flies! This was indeed a spotted flycatcher. A bird that I have been trying to see for ages and my second lifer (elegant tern was my first) of 30 days wild!

Two treecreepers were also chasing each other around and a family of great spotted woodpeckers also were in the wood, the parents feeding what I think was juvenile. I also saw a coal tit.

After having lunch we started walking back and I noticed a family of stonechats, a female and two juveniles, perched on a log. I was hoping that the parents would feed them but after waiting for a while it didn't happen, I think they were too busy sunbathing!